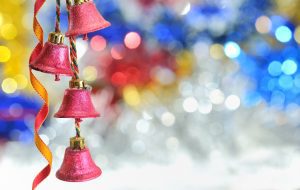 Seeking and Finding Spiritual Enlightenment. What’s it really like, vs. some sickly sweet, corn-syrupy myths?

As a matter of fact, that finding part matters. Or should. Otherwise you could be seeking Enlightenment as a sort of shallow hobby.

To be clear, this article is for those of you who care about finding Spiritual Enlightenment. In contrast to playing at this goal of using your full potential in life… Like some sort of high-class game, as a child might play with designer Legos.

And for all of you readers who care about both seeking-and-finding Enlightenment, do you ever wonder this?

Finding out, from trustworthy sources. That’s the purpose of today’s blogpost.

In order to help you the most, two choices will be available. (Personally, I’d want to go for both of them.)

Go straight to the comments below. In order to find descriptions from folks who ARE living in Enlightenment.

Since you undoubtedly remember it, if I’ve ever facilitated Enlightenment Validation for you. Writing a bit here would be a superb way to give back.

Also, let’s hear from some of you long-term Energy Spirituality clients. Notably, those of you whom I’ve told, “You’re making excellent progress toward Enlightenment.” Specifically, what are some of the ways you’ve grown in previous sessions? Or results you’ve noticed for solving problems? Before I started telling you that.

Specifically that! Exactly that is what this article aims to cover. At least make a dent in the vast amounts of hooey. 😉

To be clear, everybody has the right to publish whatever they like on the Internet. However, it’s really bad karma to publish bogus advice about Spiritual Enlightenment.

Now, let’s get to specifics. Seven of them. 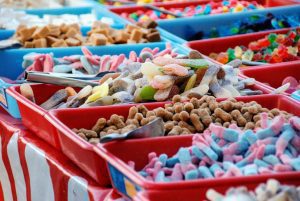 Seeking and Finding Spiritual Enlightenment. Is it really like snacking on cheap candy?

But recently I came across a particular article that made me just furious Since the article’s title goes, ” 7 Signs You Have FINALLY Reached Enlightenment.”

(Granted, I just emphasized that word. Aiming to call attention to the outrageous, toe-tapping, demanding attitude that goes along with “FINALLY.” This article appears at a popular website called “empathsrefuge.com.”)

“FINALLY Reached Enlightenment” just might raise your hackles, too. At least if you know this truth:

Ultimately, God is the one who decides when a person moves into Enlightenment.

Rather than some entitled, impatient human being who demands it. NOW.

Today’s blogpost will supply a detailed rebuttal to all seven alleged signs. In my opinion as an Enlightenment Teacher, these so-inspiring, flattering bits of nonsense are ugh! What? About as good for your spiritual evolution as eating cheap candy by the handful.

Whereas, Who Wrote the Article that I’ll Critique Here?

Indeed, who did write this article? An author named “Moses.” He lists zero qualifications and provides no photo. (As for the photo at the top of that article, displaying somebody who apparently is in Enlightenment? Ask me to read her aura a little. I’d love to.)

So let’s see what the man who calls himself “Moses” has published about Reaching Enlightenment. FINALLY. I’ll quote some of his exact words.

Vague Notions about “Being Closer to the creator (God)”

First of all, one clue might be referring to God as “the creator.” (No initial capital used in that article just quoted.) Maybe “creator” is supposed to be like a new role for Jeff Bezos? If he’s feeling like space travel isn’t important enough.

Compared to what Enlightenment Teacher Rose Rosetree would write. If I wanted make this point….

Which I sure wouldn’t…

When the day comes that you’re living in Spiritual Enlightenment, hello! You too won’t be ashamed to use the word God. Since God will be present in your consciousness all the time. Differently present:

Either way, in Enlightenment you won’t merely be “closer” to God.

Instead it will be more like the meaning of Emmanuel: “God with us.”

Moses proclaim this, in his linked-to article:

Probably you can figure out immediately that this statement contains many kinds of hooey.

Vague Notions about “Being More Grateful”

In case you’re keeping track, from this point forward Moses’s article about the “7 Signs” sounds like something from Oprah Winfrey.

Granted, her fans were/are legion. If Oprah has helped you, congratulations. But isn’t it enough that she used her popular show to teach pop psychology? Was she really qualified to host any conversations about Spiritual Enlightenment?

(Actually, feel free COMMENT below about that. Say if you’d like me to tell you about the sequence of consciousness lifestyles belonging to Oprah Winfrey. Hint: Definitely she’s never been anywhere remotely close to Spiritual Enlightenment.)

From my perspective, Oprah’s big influence coincided with the “New Age Years.” Meaning, 1990 until the Shift into the Age of Awakening on 12/21/12. In order to learn more  about these years… And move on from the transitional beliefs which were popular then… Please, do yourself this favor: Read “The New Strong.”

From your perspective, what makes this second “Sign” from Moses’s article… Merely a feelgood fiction?

“an enlightened person tends to be more grateful for every little thing that they have in life.”

Vague Notions about “Respecting Others”

Next Moses offers a purely social idea about Enlightenment.

“If you have been enlightened, you tend to respect others regardless of their social status or possessions. It becomes your nature.”

Blog-Buddies, here’s some happy news. All of you can choose to respect others. (That’s your choice. Not God’s, like Enlightnment.)

How can you show people the respect they deserve? In my view:

Leave it to an unqualified, confused “Enlightenment teacher” to publish such an idea in an article. Zero applicability to living in Spiritual Enlightenment!

One more preposterous aspect of this quote from Moses: Did you notice how, in the quote, he confused a habit with “your nature.”

Can you see how ridiculous that is? You “tend to respect others regardless of their social status or possessions. It becomes your nature.”

BTW, COMMENT below if you’d like me to give specific examples of folks I’ve known who really were in Enlightenment.

Nonetheless, they sometimes showed disrespect to others. (And that’s because social manners have no relevance to any person’s consciousness lifestyle.)

Vague Notions about “Spreading Love to Other”

Yet another social job, this “Sign 4.” Evidently Moses believes “Enlightenment” involves “spreading love”! Perhaps equating the Self-Actualized person to a tub of margarine. Like offering a greasy kind of handshake, generously given to all takers?

(Or simply a greasy handshake given to “Other.” Whatever that is.)

How is this spreading supposed to work? To quote Moses:

“You may have a problem with someone else. It’s a normal thing for sure. But rather than feeling hateful, you tend to stay calm and even introspect yourself.”

Plus, why even this isn’t really relevant to what you’ll likely experience… Should you move into Enlightenment.

Vague Notions about “Forgiving Yourself and Others”

One of the Golden Oldies from the Age of Faith is the primacy of FORGIVENESS.

Such a sweet idea. Although quite unrealistic.

In my view, demanding forgiveness as a requirement of religion? Definitely this used to fit perfectly with the old-time emphasis on using faith to all. And later, perhaps, blaming oneself for the ensuing failure. As a result, trying harder than ever to have more faith.

No joking, this was all part of the Age of Faith. Only our entire world has moved into the Age of Awakening. Nearly 10 years ago by now.

Yet, according to Mr. Moses:

“You realize your life is much better if you become a forgiving person… And this is also a sign that we’ve been enlightened.”

Consumer Tip: Here’s one way you can distinguish a theorist from somebody who is qualified to teach about Spiritual Enlightenment.

A theorist writes as though a pseudo-logical idea brings spiritual Enlightenment. Such as, “You realize your life is much better if you become a forgiving person.”

Heck, suppose you just realize that life for you is much better if you’re a billionaire. And you can buy your own spaceship.

Will that bring you more income?

Blog-Buddies, I hope you’re clear about this next point, too. Concerning a “Moses”-style, theoretical kind of idea or “realization”?

Hello! Does this kind of “realization” have anything in common with God-Realization! Or Self-Realization!

Seems to me, regarding Moses’s big insight in his Sign #5? What he did there is much like what happened during the bygone “Age of Enlightenment”?

Incidentally when did this Age of Enlightenment occur? Back in the 1700s. That includes while Mozart lived.

In hindsight, we can appreciate how, in Western Europe, during the 1700s…

A big set of important ideas was described in terms of “Enlightenment.”

Definitely this fad had nothing to do with Spiritual Enlightenment! Still doesn’t. 😉

“If you can manage yourself that way, it’s a sign that you’ve been enlightened. It is proven.”

Behold! Now Moses is talking the talk of… Yet more pop psychology.

By all means, read this recent example of consequences from trying really hard to be your own therapist.

In reality, seeking Spiritual Enlightenment predates the field of psychology by thousands of years.

IMO, anybody who can’t distinguish the two has no business writing about being “enlightened.”

Although wisdom is certainly enhanced in Enlightenment, who’s to say what counts as wisdom?

By all means, read our next (and last) quote from Moses. If you like, read it as an excellent example of strained-and-self-conscious “wisdom.”

“So many issues in this world may shake our hearts. But it’s not a solution to leave bad and irresponsible comments on social media.

“An enlightened person tends to respond to problems more wisely, not childish, although he/she may be still very young.”

Any of you wish to weigh in on this hodgepodge of high-sounding advice?

Pity the poor believer in what Moses called a Sign of being “enlightened”!

Probably you’re interested in Enlightenment. Otherwise, Blog-Buddies, you would never have read all the way through this wild article.

Learn anything here? Do tell.

And thanks for reading. 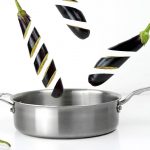 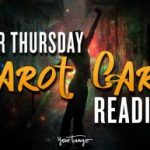