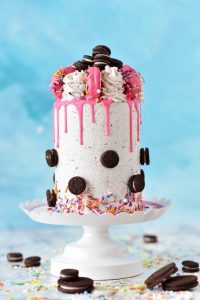 Every time you actively do something creative (in objective reality, not your head), hooray!  You’re countering today’s COLLECTIVE Attention Defecit Disorder.

COLLECTIVE Attention Deficit Disorder is sucking some of the joy out of your life. Given society’s urgent need for friendliness, what can you do to make a positive change?

This article will help you to understand what’s going on. Following that, I’ll give you some helpful tips for freeing yourself up.

Regular Attention Deficit Disorder is a psychiatric diagnosis. That is, it applies to individuals.

In order to help make a positive difference I’ve coined this term. Because you can help change this problem.

Until then, COLLECTIVE Attention Deficit Disorder is a way of viewing how many people today… are ignoring their fellow human beings.

COLLECTIVE Attention Deficit Disorder is not some doom-and-gloom psychological disorder. Rather, it’s the result of optional choices that people make every single day.

Whereas optional choices that you and others make can add up to big changes. And far more collective respect for each person’s humanity.

Note: As always, I invite you to COMMENT on this blogpost.

One question you might ask, if you know about the Shift on 12/21/12: Is it just a coincidence that this collective problem is happening NOW, in the early years of the Age of Awakening?

Multi-Tasking in Consciousness Contributes to this Problem

But what is Multi-Tasking in Consciousness?

Quite often this occurs in everyday life. Happening when you’re doing at least two different things simultaneously. And both of those things require some attention.

For Example. This Counts as Multi-Tasking in Consciousness.

Talking on your phone. Meanwhile you’re checking your emails.

Both require your attention; both tasks involve human beings.

By Contrast, This Does NOT Count as Multi-Tasking in Consciousness.

Talking on your phone. Meanwhile you’re taking out the garbage.

One task involves your attention, since you’re talking to a human being.

While the other is a mechanical set of actions, one you’ve done countless times before. Plus, you don’t really need to talk to your garbage. 😉

Get the diff? Absolutely, comment to ask your questions about this. Or to give us examples.

Probably you don’t even notice when you’re “paying attention to two things at once.”

Nor do you think of asking somebody else to stop their second, optional, task.

Whereas 100 years ago. Or even deeper into the Age of Faith, behavior like this would have been shocking.

Both to you and to anybody else witnessing such distracted, rude behavior.

And let’s not blame technology for this problem, either. Unlike electronic toys, humans are built with free will.

Honestly, if you multiply the consequences of all this Multi-Tasking in Consciousness? Hello! All you need do is look around you at how people you know are acting. (Up to this point, you may be one of them. Although, fortunately, that is optional.)

In order to bring you more clarity for recognizing this problem, examples follow.

Walking your dog while talking on the phone? Definitely an example. Considering that you would be multi-tasking in consciousness.

Famously, dogs are loyal. They love their owners. They pay attention to the slightest nuance of their owner’s expression.

Your dog wants YOU to pay attention. Maybe play a little. Do some talking.

So what is it like for Fido when you pay him zero attention?

Probably it never occurs to you that anything’s wrong. Because “everybody does this.” However, if you think about it, how strange is that?

Of course, Blog-Buddies, if you’re a parent… Sure, you’re a good parent. Only maybe it never crossed your mind:

There you are, putting your kid in a stroller. Taking a walk.

Except there you are, mostly involved with streaming some entertainment.

Reading notifications. Or talking to somebody entirely different from your precious baby.

Look, I know how all-consuming and exhausting it can be, caregiving an infant or toddler, etc. But a real-live baby isn’t a doll. A human baby with its genius-super-powers of consciousness? Definitely that child can tell when the caregiver pays zero attention.

Supposedly, baby is safely in the stroller. Therefore, the baby needs nothing else? Unless crying?

Meanwhile it’s fine for the caregiver to have fun, playing with that ever-present mobile phone?

Ever wonder if that multi-tasking in consciousness could be a problem?

Sure could. Too many children today are raised by parents who pay more attention to their phones than to them.

Throughout most of human history, mealtime has been an opportunity for the family to get together.

Along with the nutrition, young people receive an education in manners.

Together, the family has a conversation. Making a social connection. Remember that?

Only now, how many of you were raised to park your food in front of the TV? (Or streaming entertainment.)

Other family members might physically be there with you. Only they’re not talking.

All too often, if anybody tries to get a conversation going, what happens?

How nuts is that?

According to research from 2019, 1/3 of families eat in silence. While they play with their phones. Or watch TV. etc.

What do you think the consequences are for people listening to each other? And feeling listened TO?

Once you start noticing this alarming social disconnection, you’ll likely notice an unsetting amount of COLLECTIVE Attention Deficit Disorder. Soon we’ll get to what you can do to help turn this around. Before that, I can’t resist mentioning:

If you read this blog often you already know my opinion about how awful it is to waste one’s life pursuing fickle fame. Based on reading auras of countless performers, I’ve come to this conclusion:

Fame is the most addictive drug on the planet.

Meanwhile too many kids are seeking fame like crazy. Totally understandable, really. After all, they’re living without enough love or even attention. Simply trying to find their way in a society with COLLECTIVE Attention Deficit Disorder.

No wonder, for many millions of people, especially today’s teens and young adults, the answer often seems to be… BECOME FAMOUS. Then you’ll finally have enough people paying attention to you.

According to this article, 7 in 10 members of Gen Z would like to be famous.

Mind you, not seeking fame for accomplishing anything worthwhile, no no! Simply aiming to be a famous celebrity.

Apparently there’s little hope for quality of attention from others. Instead, making up for lack of quality with plenty of quantity.

COMMENT away with more examples from articles, Blog-Buddies. The statistics are ominous.

Or share a story about someone you know. All of us have those stories, don’t we? Including how folks reveal themselves on social media. Often sharing TMI about how their real goal, with any activity, is to become famous.

Whatever happened to helping people? Or pursuing excellence in any worthwhile endeavor!

On the Bright Side

Hey, I promised you tips to protect yourself from contributing to this mess.

I believe that the following tips can help you do improve social engagement. Without lecturing others, you can give them a clue about better manners.

Isn’t the key to good manners paying attention to other people? Rather than using them like cardboard cutouts.

Tip 1. Use your creativity every single day.

Tip 2. If you’re a born empath, become a Skilled Empath.

Tip 3. Ask others to stop multi-tasking in consciousness when they’re talking to you.

Tip 4. Improve dull conversations. Don’t check out, then play games with your consciousness.

Tip 5. Stop being “kind” to people you don’t like by humoring them. Nobody likes being treated like a charity case. Being treated to insincere kindness.

Surprisingly, it can be relatively easy to solve problems like COLLECTIVE Attention Deficit Disorder.

At least, it can pretty easy for you to do your share to solve this widespread social problem. Simply do your reasonable best to bring back civility and good manners.

Please, don’t compound this problem by thinking it’s a psychological problem. Yet one more example of why I discourage anybody who aims at authentic personal growth — why I discourage you from using pop psychology. Either have sessions with a qualified mental health professional or else start speaking Human Language. As I’ve done in this article.

Admittedly, I used an attention-getting name for this article. “COLLECTIVE Attention Deficit Disorder.” This has meaning in terms of both psychology and sociology.

Finally, I’ll put in a plug for personal sessions of Energy Spirituality. These can make it easier for you to recover from what? Recover from the side effects of other people’s habitual (apparent) lack of interest in you.

Despite its not being personal.… When you’re on the receiving end of COLLECTIVE Attention Deficit Disorder really stinks. It sure can feel personal.

Just ask below. COMMENTS from readers like you… are the lifeblood of this blog. And today we happened to reach a new high of 89,000 comments. Due to people communicating with other people. 🙂