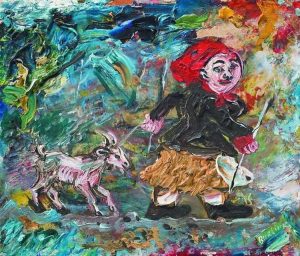 The first New Moon of the year is a slow affair in many ways as Venus is still retrograde and Mercury is now in shadow of its upcoming retrograde too. Plus, Capricorn denotes things that are old – it moves slowly, in considered ways, conscious of how each move might affect the structures that are already in place. Part of the process at this lunation is to accept that we can’t just push ahead regardless. We must allow time for contemplation, review, re-evaluation. Some ideas and conversations are likely to be revisited later down the line.

But still, this is a New Moon and the presence of Juno close by tells us that we need to consider what we are committed to or committing to – whether business or pleasure. It’s important that we explore our responsibilities, how well we are managing, and what needs to be improved or healed. The Moon is also square to Chiron, so we need to bear in mind that the shadow of Capricorn tends to lead us into thoughts of not being good enough. Shadow Capricorn is hidden in a box, too afraid to go outside, too afraid to break the pattern, the mould, the conditioning – too fixated on the ‘shoulds’.

Uranus is trine to this New Moon however, positively encouraging us to throw some of those internal ‘rules’ out the window and try a new way, a new perspective, a new path. There is potential to create something quite different if we dare to think outside of the box. Sit with the reality of your circumstances. Be conscious of your weak points without letting them hold you back. This is an experiment, a test of commitment, a chance to construct a new future. Give yourself time to figure things out. Ask hard questions.

Painting – Peasant woman with a goat by David Burliuk