Well now, look at you back here again — all bright and shiny and your head didn’t explode during last week’s Eclipse, just like I said it wouldn’t. Hooray for us!

There are two major astrological happenings this week that can make for a real turnaround in your relations: one of them is fairly immediate and obvious, and the other is the culmination of a longer process.

The fits big shift happens when Venus enters Aries on Monday. We all know about how Venus in Pisces is somehow the “good girl” when it comes to love and affection. Venus in Aries, on the other hand, plays more the role of the “bad girl.” But it’s a lot of fun, and besides, there’s the old saying: “Good girls go to Heaven, but bad girls go EVERYWHERE.” I think there’s something to be said for that approach, personally. And if all that… um, Ram Energy… works better for your love life, get ready for next week when Jupiter enters Aries!

Seriously though: one of the reasons (I think) Venus in Aries gets bad press is that it isn’t “passive” like we’d traditionally want Venus to be. We tend to (maybe not consciously) think that in an ideal world Venus could just sit there looking pretty until someone magically appears and brings her the cupcake she wants. That sounds nice, but honestly: if you want a cupcake, should you just be alluring until someone thinks to court you with one — or get off your butt, take bold action, and go to the bakery and just get one?

The second dose of potentially brilliant relationship news is Jupiter sextile Pluto, which is exact on Tuesday. This transit has been a long time coming (what with both planets being relatively slow). This is the culmination of a month or so in which there have been opportunities arising for all of us, collectively and individually, to get our acts together. You may have noticed the strain everyone has felt the last couple of years, and many of us have lamented that it feels like it will never end. It’s been hard to be optimistic and maintain good cheer. Even though we should know that bad times always pass, this round of history’s ongoing nightmare has been especially bleak.

Fortunately, Jupiter sextile Pluto is giving us a chance to make things right. It’s a time when we can help restore and recover our sense of The Greater Good, whether within the context of committed relationships, or the world in general, or even in ourselves. It would be a shame to let that energy go to waste, so why not take advantage of the astrological conditions and make things better?

Oh, and: you’d better get on that before next Tuesday when Mercury turns retrograde and all the paperwork gets backed up… 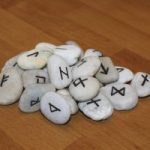 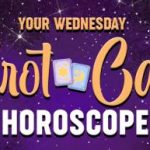 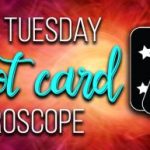